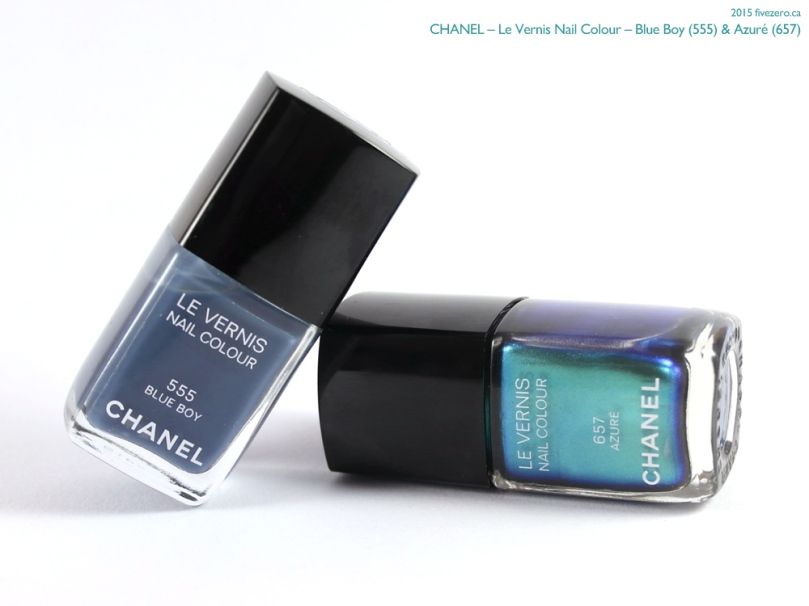 Happy Chocolate-bunnies-and-marshmallow-peeps Day! While pastel Easter eggs are no doubt pretty, sometimes I get sick of pastels. So, today, I am bringing you swatches of two Chanel polishes in non-pastel blues. (One of them makes a cute boy-baby shower gift, so I guess there’s that for a Easter link! Rebirth and all that.)

First up is Blue Boy, which is an adorable idea for someone who’s expecting a boy. Unfortunately, its formula is kind of appalling for the price.

Colorwise, it actually would be slightly pastel if not for the added black, which makes it greyed instead. It’s a midtone-to-deep steel blue cream that goes onto the nail a tad darker than it looks in the bottle. 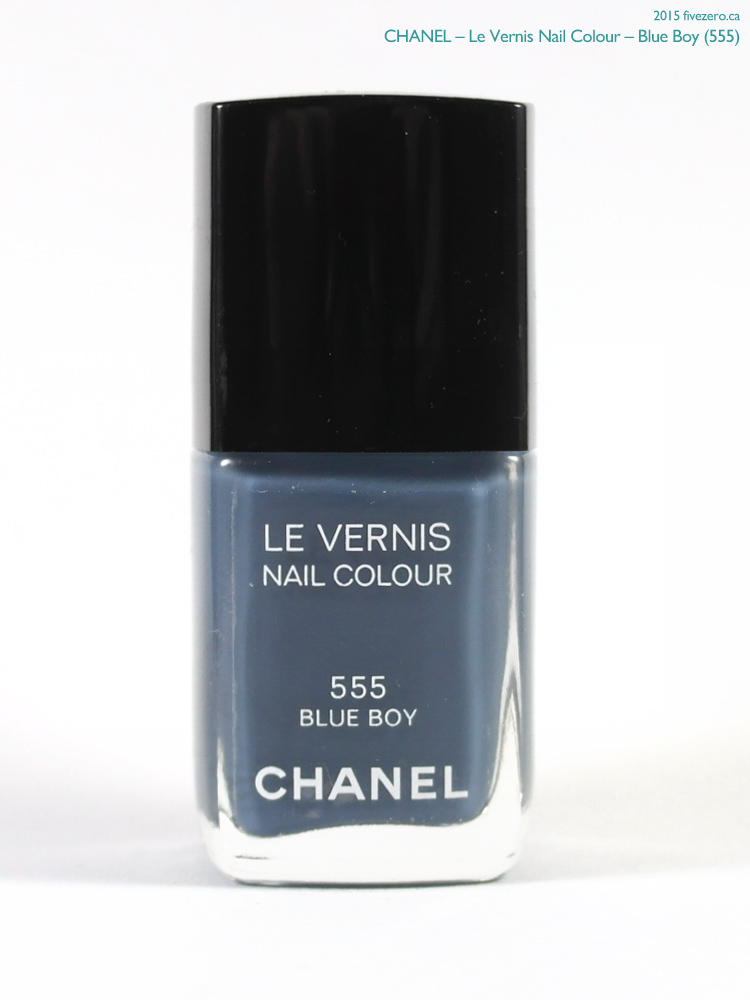 I had a lot of difficulty getting it evenly opaque, however. It has a thin formula that, while it applies easily, it pools a lot so I ended up with bald spots here and there. The swatch photo shows three coats, but even then, there are some bald spots (noticeably on the index fingernail) and I think I would ideally use at least four coats. Absolutely terrible for such a pricy polish.

It’s a lovely, understated shade of blue, but overall this is a nay for me.

Azuré is completely different. It’s awesome. And I am totally not just saying that because I got it at Winners for less than half the retail price. 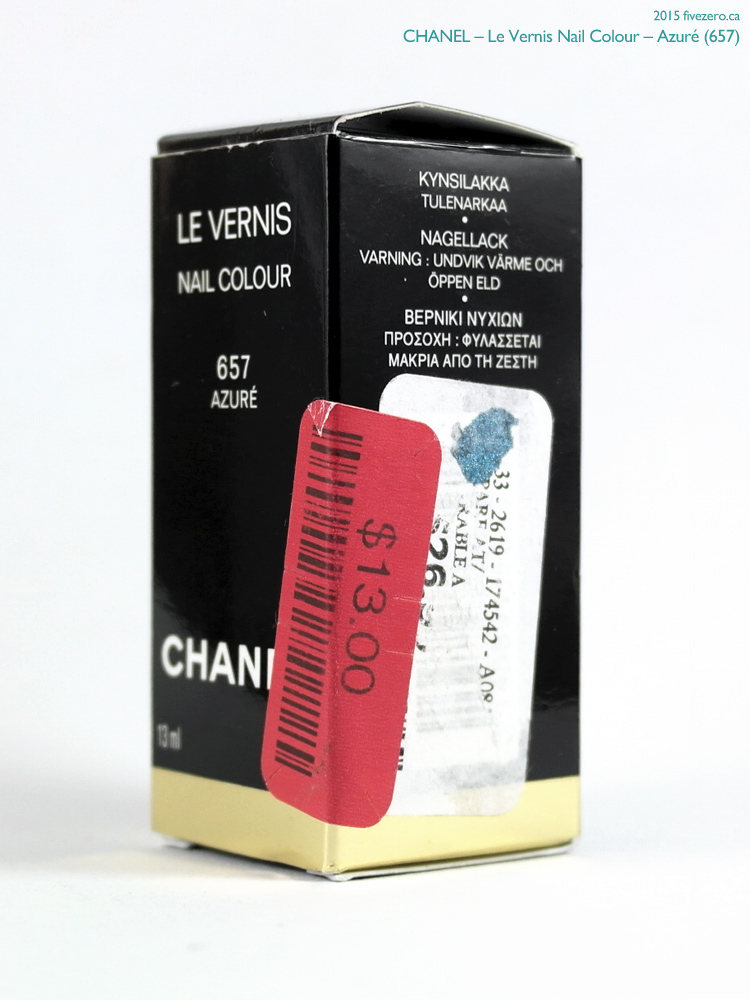 (I remember buying Chanel polish in 2014 for CA$27, and this was marked down to $13. I think it is really ridiculous that Winners’ original price tag was $26.99! Chanel polish has since been bumped up to $31 in Canada. Boo.)

Azuré is a very shimmery iridescent blue that flashes both turquoise and periwinkle blue (basically, between green- and purple-blue). I’ve tried a lot of iridescent shimmers, but man, this is good stuff. I would get it at retail price. 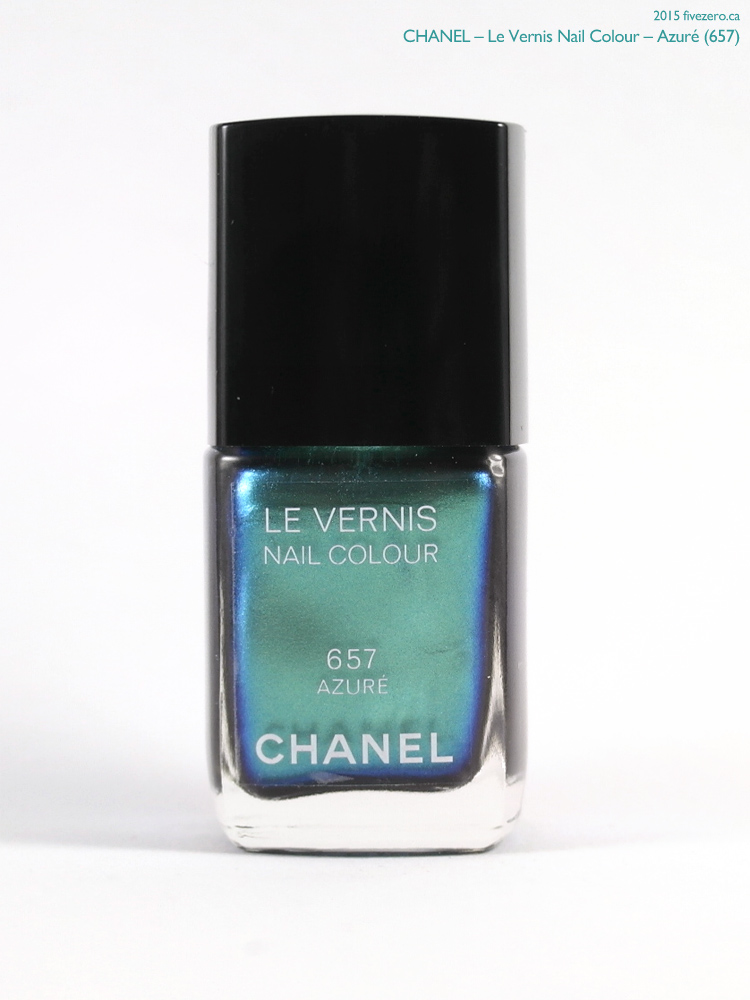 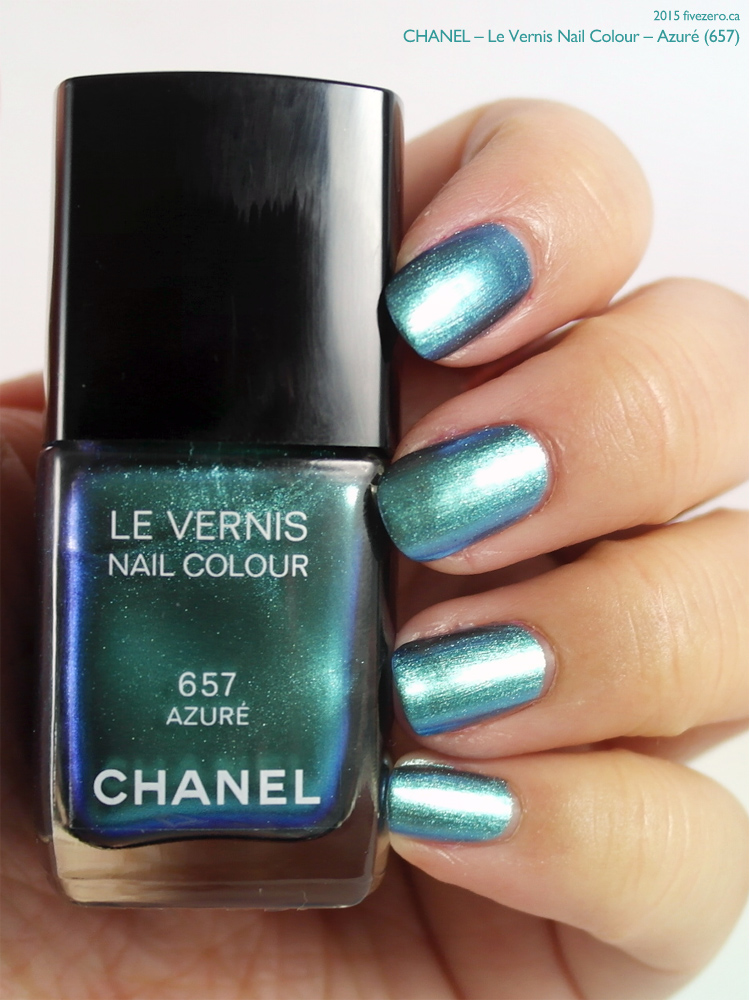 The formula is better than Blue Boy’s, but it may partly be down to the shimmer finish being more forgiving. I still needed three coats for full opacity. Application was smooth and easy. Big win.

Chanel Le Vernis Nail Colour retails for US$27 / CA$31 and is 0.4 US fl oz / 13 mL. The polish is free of toluene, formaldehyde and dibutyl phthalate (DBP), and is made in France.

Chanel is a private company based in Paris, France.