The mini is SO cute and tiny. Here it is with a Revlon Super Lustrous Lipstick (Violet Rush, not that you can tell) for scale:

I actually have no idea why the perfume is called Halloween. It doesn’t give me any kind of Halloween-y or fall or ghostly impression at all. Very odd. Even the bottle itself is just a belljar-shape with silver base and round silver cap. The juice is light purple, which is hardly a particularly Halloween-look, either. Maybe dark purple, I guess.

But how does it smell? I am not sure whether it’s the color of the juice that is influencing me—I don’t think so—but Halloween Eau de Toilette reminds me very much of Lanvin Éclat d’Arpège, which also comes in a similar light purple color. I’ve only sniffed the Lanvin once and found it a bit too plastic-smelling for my taste. Halloween gives me a similar vibe, though it also feels more pleasantly fresh.

The listed notes are violet, lime, green banana, magnolia, tuberose, pepper, sandalwood, incense, myrrh, and vanilla. I get the powdery violet, as well as some watery aquatic notes and lush green notes. The drydown does become a bit warmer and sweeter, with just a touch of spice/incense. Overall, once you get past the rather sharp, hairspray-ish opening, Halloween becomes a very pretty violet scent. The combination of powdery violet with juicy aquatic and green notes is reasonably appealing and (I think) unique.

As for staying power, the generous dab on my wrist won’t replicate application via spray like you’d get from the full-sized bottle, but the longevity seems reasonable for an eau de toilette concentration. The scent is gentle and is unlikely to cause offense to bystanders. It’d be quite acceptable for office wear and the like, and I can see it easily going from day to night.

While I generally like Halloween EDT, I don’t think it’s the kind of scent I’d wear, so I’m glad I only bought a small 4.5 mL dabber bottle. It is super-cute! I’d recommend it to someone who would like something fresh, young, not-too-sweet and slightly off the beaten path of sugar-sweet scents that are everywhere these days.

I was hoping that I’d love Halloween original, because I was a bit curious about the many flankers, but now I’m not sure I’ll give any of them a try. Maybe one day, if the price is low enough and there are no other cheapie blind-buys on my radar. Or, maybe I’ll just get another one next Halloween… 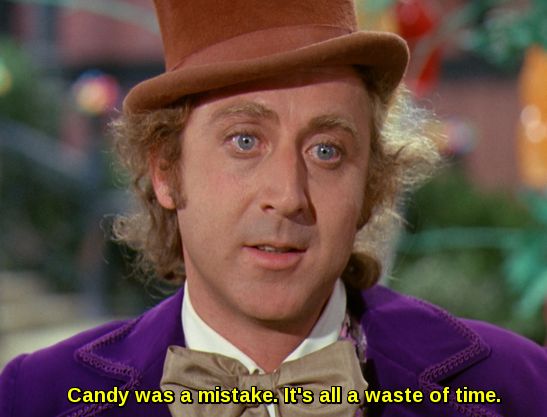