Woohoo! It’s National Nail Polish Day, the city of Toronto is on a high, and today is also the Champions League Final—it kicks off in less than two hours in Madrid! I could do nothing else other than swatch a gloriously red nail polish for the blog.

Rouge Puissant (528) has been in Chanel’s Le Vernis Longwear lineup for a while now, but I only just got around to picking it up (yay SDM points!). It’s actually a little boring, but I am probably just saying that because I have a lot of red nail polish, and there are many that I prefer. Rouge Puissant runs medium-deep. Under bright light, it appears to be quite a bright medium red, but in dimmer light it looks like a significantly deeper shade. It looks medium in my swatches due to the light.

The red itself is a fairly true red, leaning a smidge to the blue side. That’s probably why I don’t like it as much as some other reds—I tend to prefer warm tomato reds, browned reds, or vibrantly pink reds. I think Rouge Puissant would be really classy on someone with cool- to neutral-toned skin.

Oh, and if you’re wondering, puissant means powerful, important, influential in English (I did not know that!); it means the same thing in French. “Powerful Red” it is.

END_OF_DOCUMENT_TOKEN_TO_BE_REPLACED

It’s been a long time since I last posted, but I didn’t want to pass on International Fragrance Day, because fragrance is what I have been utterly infatuated with over the last year!

Our family only just returned from a mini-vacation in Montréal (well, a holiday with a two year-old and a four year-old is not really a holiday, is it?!) and of course I did pick up a new perfume. Gotta love the $19.99 perfume shelves at Shoppers Drug Marts—Pharmaprix in Québec—and Rexalls!

Today, I’m going to do a very quick ‘n’ dirty roundup of my 10 new favorite perfumes, and 10 favorite new blind buys that I’m most excited to try out.

One of the very first perfumes I ever bought for myself was actually a blind-buy (which, if you know me at all, is hardly surprising!), Crabtree & Evelyn’s Song de Chine. It is long-discontinued, and to be very honest, I don’t even remember why I bought it! The marketing blurb must have sounded very compelling to me, and I have to say that when it arrived in the mail, I was quite excited to give it a try. As luck would have it, I loved Song de Chine very much—it was a soft floral with tea and vaguely aquatic notes—and the thrill of the blind-buy has not left me since.

From Crabtree & Evelyn’s press release in 1997:

CRABTREE & EVELYN SONG DE CHINE SCENTED BATH AND BODY LINE marks the company’s first major launch since it was purchased by Malaysia-based Kuala Lumpur Kepong Berhad. The five-SKU range, which Crabtree is promoting as the “essence of tranquillity,” is available now in Crabtree & Evelyn doors in the U.S. Crabtree & Evelyn Song de Chine bowed in the U.K. and Canada in June.

I’m doing some perfume and makeup organizing at the moment and don’t particularly feel like tossing everything up in the air and digging around for my old bottle, but I found this photo online for the same item I had…I feel like I might have thrown out the box, which is sad as it’s kind of pretty, isn’t it?

END_OF_DOCUMENT_TOKEN_TO_BE_REPLACED

Stalwart English brand Yardley is one of those old-timey drugstore brands that you know about but only in the way that your parents or grandparents used to keep their lavender soaps in the bathroom. I never bothered much with them until this year, when I was looking for something to add to my Shoppers Drug Mart shopping basket. I saw that Yardley’s Contemporary line of scented products were on sale, and since I’m a bit of a sucker for rose-scented anything (even the old-fashioned type! I love ’em) I popped an eau de toilette and a hand lotion into my order. 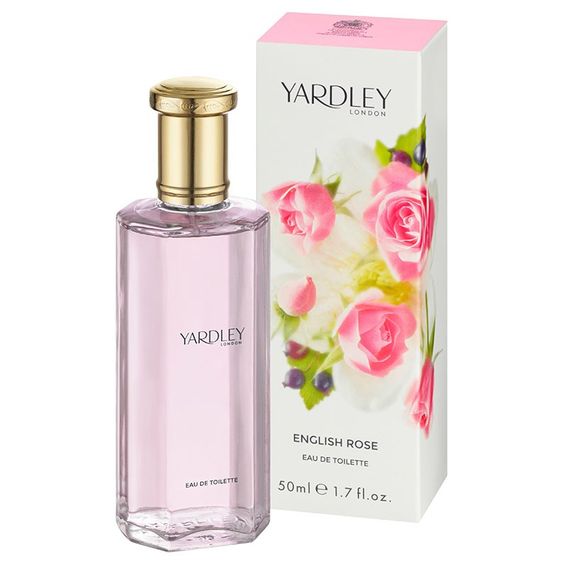 As luck would have it, they are lovely little scents at sub-CA$20 prices. The Rose lotion is an especially great deal, since it’s under CA$10 on sale, and the fragrance lasts nicely on skin!

But just last week, I happened to come upon a display in Shoppers Drug Mart for a new line of Yardley scents! In The Collection, each scent is designed for a particular “personality” and is inspired by a flower and gemstone pairing. Yardley worked with four perfumers for the five scents, including Juliette Karagueuzoglu (Coach, 21 by Costume National, Signorina by Salvatore Ferragamo) and Domitille Bertier (Flowerbomb by Viktor & Rolf, Midnight in Paris by Van Cleef & Arpels).

Each with their own addictive characters, The Collection has been designed to reflect every personality. Discover which of these beautiful, explosive fragrances suits you.

The five new scents are: END_OF_DOCUMENT_TOKEN_TO_BE_REPLACED

Julep’s December 2018 collection consists of six new shades of jewel box-worthy nail colors, plus the return of Light on Your Lips Full-Coverage Crème Lipstick (3.6 g for $22 / $17.60 Maven), three of which are brand new () shades: After Hours, Chit Chat, Strut, Pirouette*, and Muse*.

Like a cool rush of frosty winter air, this month’s nail collection is the refreshing update your party look has been longing for. The glistening cool tones and jewel-inspired dark hues exude arctic-chic with every toast and every shimmy on the dance floor.

Mix a couple of this month’s cool polish shades for a fierce & frozen palette.

Here are the six polishes for December, plus this month’s shade of Intention polish and some photos of Julep’s Holiday Sets!

END_OF_DOCUMENT_TOKEN_TO_BE_REPLACED

via Today is Election Day in the United States. Please Vote!