Spring is in the air, and while my list contains a fair few carryovers from the winter, there are also many romantic, warm weather-friendly scents, as well. If you haven’t bought your mom (or yourself!) a gift, yet, I hope these mini reviews will give you some ideas.

I also tested all of the scents in the Berdoues sampler I got from Sephora, but I’ll write a separate blog post for those!

I wanted very much to love the eponymous first fragrance from designer Alaïa, especially since the bottle is so beautiful, but it didn’t move me. It is deep and a bit dark, but also a little too cloying. I wouldn’t mind trying it again for a better grasp of it, but my initial impression is not very favorable. I don’t love any of the notes in it, so I suppose it is not a surprise that I didn’t fall for it.

END_OF_DOCUMENT_TOKEN_TO_BE_REPLACED

The idea of a perfume tray is one that I’ve partially subscribed to over the years, but recently, I haven’t really kept one. The fact remains that light (and heat) will ruin perfume, so I almost always prefer keeping perfumes in their original boxes. It makes it easier to organize them and move them, as well.

The main drawbacks of this, of course, are that I don’t get to enjoy the bottle designs and that it makes it annoying to actually use my perfume! Having to remove a perfume from its box and then replace it every time I want a spritz gets tiresome.

If you have a minimalist’s perfume wardrobe, then it’s a simple thing to display perfumes on your vanity, even by a window—you’ll likely go through the perfume fast enough that light and heat degradation aren’t a problem. My perfume collection is a larger one, so this doesn’t work well for me. I honestly do not recall the last time I finished a bottle of perfume! (Well, it was probably when I dropped a bottle of Clinique Happy about sixteen or seventeen years ago… Does it count if I gave bottles away?)

But I did use to keep a perfume tray out for the sake of convenience, and it displayed some of my most-worn scents. Sadly, after several years of sitting in indirect sunlight, the top notes have turned in my bottles of Burberry Brit EDT, Tracy by Ellen Tracy, Clinique Happy, and Calvin Klein Truth—at least the scents are fine once I get past the first couple of minutes of soured top notes. Britney Spears Fantasy fared well, but I think it’s because the bottle is semi-opaque. (You can tell I wasn’t keen on using more expensive or discontinued scents as guinea pigs!) Overall, my first attempt at a perfume tray didn’t work as well as I would have liked. END_OF_DOCUMENT_TOKEN_TO_BE_REPLACED

My March perfume roundup took a while to compile; as you can see, I was a busy sniffer!

This one has been around for a long time, and while it’s never been one to which I paid much attention, I recently thought I’d resniff it. It has also recently been relaunched in EDP and EDT; I am pretty sure I tested the old version, since the bottle had the old style cap, which is as wide as the bottle itself.

Anaïs Anaïs is perfectly fine, and very 1980s-smelling. Strong, big florals, lots of powder. I don’t really have a reaction either way—I wouldn’t choose to wear it myself, but it smells fine.

I have seen this (and Cacharel Amor Amor) on the $19.99 rack at Shoppers Drug Mart, but maybe that’s just been to clear out the old bottles over the last year or two.

Named for the character Scarlet O’Hara from Gone with the Wind, Scarlett is initially fairly pretty and clean-smelling, with bright citrus notes mingled with delicate white florals. It quickly turns into something musky and a little cloying—honey is often tricky for me this way.

I was quite surprised to see a tester for this older perfume at Shoppers Drug Mart recently! The adorable bottle doesn’t have anything written on it, and the box was nowhere to be found, so I had to squint at the tiny sticker on the bottom to figure out which fragrance it was. END_OF_DOCUMENT_TOKEN_TO_BE_REPLACED

Today is National Fragrance Day! I don’t know which nation this is from (probably not Canada), but I’ll celebrate it, anyway!

In honor of the day, I will round up all my Canadian drugstore perfume deals. For those who do not know, many locations of Shoppers Drug Mart and Rexall drugstores have clearance perfume shelves, where they rotate perfumes priced at CA$19.99. Occasionally, Shoppers even has weekend deals for $17.77!

These perfumes are often the cheaper drugstore lines (drugstore staples and celeb scents), but occasionally one will also find discontinued smaller sizes of designer fragrances that usually go for a lot more! It’s well worth it to swing by the clearance shelf once a week.

Here are the ones I’ve picked up over the years: 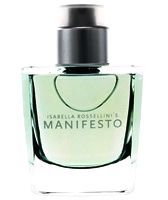 This is a super old one in my collection! To be honest, I haven’t used it in forever; hope it hasn’t turned. But it is quite a lovely herbal green scent. 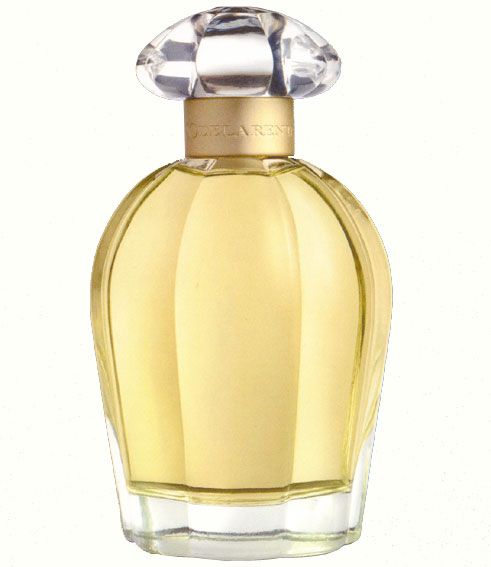 This remains one of my very favorite florals. It’s light and bright, youthful yet completely classy, and supremely easy to wear. My bottle is very old, so I don’t know if the certainly reformulated version out today compares. But I do love the original.

END_OF_DOCUMENT_TOKEN_TO_BE_REPLACED

Well, I’m still subscribed to Canadian subscription box Topbox (referral link)! I didn’t expect to be, but they stepped up their game a bit over the last two months, which justified the low CA$12 shipped price for me.

Here’s my November 2017 box, which I’m late in posting. I have a couple of Topbox special collection boxes to post, as well as my December 2017 box, as well.

What I Received in My Topbox (November 2017)

Also, because I submitted a mild complaint the previous month (about getting disappointing, itty bitty samples two months running), they sent me a bonus this month:

Unfortunately, I already own China Glaze Dope Taupe, but it’s still nice that they sent a polish. It’s just a shame it isn’t from a more recent collection, so I’d have been less likely to own it.

END_OF_DOCUMENT_TOKEN_TO_BE_REPLACED

I’ve been racking up the points via the Shoppers app, and redeemed 95k points for $170 worth of product (all prices in CA$) in both July and September during two PLUS Bonus Events. Here’s July’s order:

Free samples (I forgot to take pics of these):

beautyBOUTIQUE actually made the first ever mistake I’ve ever had with them: they sent me the wrong shade of ARTDECO Nail Lacquer.

They only asked me to send a picture, which I did, and then they sent out Silver Willow right away. I got to keep Rose Peony, as well. I was really pleased with their excellent handling of an error. Plus, when they sent me the correct nail polish, they also included three free samples!

END_OF_DOCUMENT_TOKEN_TO_BE_REPLACED

During last weekend’s Shoppers Drug Mart Spend Your Points Plus Event, I hopped onto their luxury beauty website, beautyBOUTIQUE, and redeemed 95,000 Optimum Points for $170 (plus $30 worth of Bonus Points to be added to my account later this month):

These were my 3 free samples:

My total was CA$181, so $170 was subtracted from my points redemption. You still have to pay tax (13% HST in Ontario) on the full amount, however.

Plus the $30 worth of bonus points to come later, too.