This review is part of my week of facial cleanser reviews!
Here are the links to the other products I talked about:

This review has been a long time coming! The Face Shop’s popular Rice Water Bright Cleansing Light Oil is the first Korean cleansing oil I ever tried. I’ve been using it off and on over the last year and a half, and I think it makes a very good starter cleansing oil if you have never used on before.

First of all, it is quite inexpensive. I paid a little under US$8, shipped, on sale at Cosmetic Love (link in the sidebar) back in 2015. The price has gone up a bit since then, but it’s still available for under $10 at Jolse. If you’re in Canada, the official Face Shop site has it for CA$18. There is a non-Light version available, as well (CA$15).

The packaging has also changed a little bit, but I think it’s just in the labeling. The bottle and its very nice pump mechanism appear to have remained the same. Here’s the new package:

Get pure, fresh skin with our Rice Water Bright Light Cleansing Oil. Enriched with jojoba oil, it dissolves impurities found on your skin’s surface while hydrating the epidermis.

END_OF_DOCUMENT_TOKEN_TO_BE_REPLACED

Over the summer, The Face Shop released a collection of makeup and nail polish in collaboration with Marvel! The characters included in the nail polish were Black Widow, Iron Man, Spider-Man, and Thor. Captain America’s logo was used for some of the makeup items (they were super cool-looking—kind of wish I’d picked up one of the palettes!). You can see the collection here.

I hadn’t tried The Face Shop’s nail polishes before, or any of their makeup at all, so I didn’t feel like going whole hog and ordering all four Trendy Nails Duos. I picked up two: Spidy (Spider-Man) and Thunder Storm (Thor). No idea why they didn’t just go with the original character names. And Spidey’s misspelled, to boot!

Anyway. The packaging is nice, and makes for collectible items:

Each Duo comes with two small bottles of polish.

Thunder Storm (02) comes with a magenta and green flake topper (1) and a soft metallic gold (2).

Purple and green seems better suited to the Hulk, but for whatever reason they went with Thor, instead. I’d have gone with a silver and red flake for the Norse
god—seems more obvious, no? 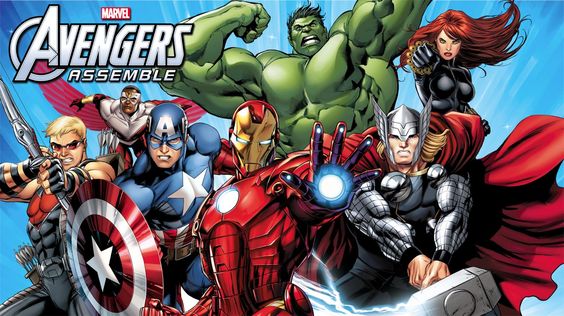 END_OF_DOCUMENT_TOKEN_TO_BE_REPLACED

This review is a long time coming! I’ve had a bit of a skincare misadventure over the summer, but now, I’ve finally used DECIEM’s popular “Buffet” peptide serum for several months and feel that I can give it a more detailed review.

Earlier this year, I was looking to overhaul my fairly basic skincare routine and picked up several skincare products from DECIEM’s The Ordinary, a line of pared-down products. I was never much of a serum-user, as my routine pretty much consisted of cleanser plus moisturizer, but having read a lot about serums—and about the Korean 10-step skincare routine, in particular—I was determined to expand my skincare horizons.

The first product from The Ordinary that I worked into a routine was the much talked-about “Buffet” Multi-Technology Peptide Serum, which retails at a quite low price of CA$14.80. Other peptide serums can cost upwards of a couple hundred dollars, for the same 30 mL, so I was both very curious to see how effective The Ordinary’s product could be.

For reference, here are some prices of peptide serums on beautyBOUTIQUE/Shoppers Drug Mart, Sephora Canada, and Well.ca. All prices are in Canadian dollars. For products available in multiple sizes, I used the largest, most cost-effective size.

Before I started, I didn’t realize there were so many! But hey, gotta add them all.

END_OF_DOCUMENT_TOKEN_TO_BE_REPLACED

The Face Shop has released a new collaboration with Marvel Comics!

(Sadly, in related news, Stan Lee’s wife Joan just passed away at the age of 93. The Lees had been married for 69 years.)

The collection is flashy and fun, with a couple of skincare products targeted at guys, as well. The prices are in USD and taken from Cosmetic Love (referral link), where the collection is currently 10% off, and worldwide shipping is free.

The packaging is crazy good for this collection! I’ve already splurged on two of the nail polish duos—Thor and Spider-Man—and I was quite tempted by the palettes and lipsticks, too.

END_OF_DOCUMENT_TOKEN_TO_BE_REPLACED

If you’ve been reading my blog, you’ll know that I’ve been hauling a little too much, lately! ColourPop, Deciem (plus I’m still waiting on two orders containing their new foundations), Sephora, and tarte were my biggest weaknesses. I love a great sale!

But online Korean shops have been another: I’ve ordered from Jolse and again from Cosmetic Love (referral link).

Meanwhile, here’s what I ordered last month from Cosmetic Love. This package arrived in a mere 18 days from Seoul to Toronto, which is awesome! My Jolse order took about a month. Obviously, Canadian customs is the main reason for the length of time it takes for the packages to arrive, so it’s probably just the luck of the draw. Both shops shipped my orders very quickly. (Of course, Jolse aren’t doing free shipping to Canada for the time being, so Cosmetic Love remains my first choice shop.)

Prices are all in USD. I ordered during an Innisfree sale, if you can’t tell!

END_OF_DOCUMENT_TOKEN_TO_BE_REPLACED

Unfortunately, there are no nail polishes in this collaboration between Korean cosmetics brand The Face Shop (owned by LG) and Fox’s The Simpsons. It’s a collection of sunscreens, hand creams, body oil, and sheet masks.

Hula Marge on the Tanning Oil is my favorite!

Cosmetic Love (referral link) has all on sale right now.

The collection omits an Asian princess character, Mulan, and recent hit characters Anna and Elsa (Frozen). It’d have been kind of cool to see Merida (Brave) and Tiana (The Frog Princess), too, though I wasn’t too enamored of either of those movies.

Speaking of Belle, have you guys seen the poster for the upcoming live-action version of Disney’s Beauty & the Beast? I dig the casting of Dan Stevens (cuddly in Downton Abbey and awesome in The Guest) as the Beast and Luke Evans (I always think of him as “the hot version of Orlando Bloom”) as Gaston, even though every last inch of him probably isn’t covered in hair. At first I was a little underwhelmed with Emma Watson as Belle, but upon further reflection, I think she’s a fine choice. I haven’t really seen her act since the Harry Potter movies, though.

Ewan McGregor is downright comical looking in the poster. Can you spot him?

Anyway, here are swatches of the polishes, found at Cosmetic Love (referral link). The polishes are unfortunately all sold out there, though I don’t know if they are available at other online Korean shops.