Go all day, every day with these seriously chic new polish shades. They’ll take you there and then some with a little extra shimmer on the side.

Here are the six polishes for September:

END_OF_DOCUMENT_TOKEN_TO_BE_REPLACED

Julep’s August 2018 collection consists of five new and one repromoted shades of bright nail color, plus a new face product, Perk It Under-Eye Treatment Brightener (1.4 g for $26 / $20.80 Maven), which comes in five shades.

Summer may be winding down soon, but the future looks brighter than ever. This month’s illuminated collection captures the beaming energy of the season starting with the launch of our new under-eye brightener with skincare ingredients built right in. And of course, we had to round it out with a high-shimmer polish collection in saturated colors inspired by dreamy, exotic getaways to faraway lands.

Get ready to see the end of summer in a whole new light!

Shining, shimmering, splendid. This month’s glistening nail polish collection takes you on a wild ride with full-spectrum colors that capture the richness of late-summer sunsets. Go bold or go barely-there—either way, just go and see where the magic takes you.

Did they just quote “A Whole New World” from Aladdin? Here are the six polishes for August:

END_OF_DOCUMENT_TOKEN_TO_BE_REPLACED

Welcome to the Jungle

Here are the seven polishes for July:

END_OF_DOCUMENT_TOKEN_TO_BE_REPLACED

Essie has released their new summer collection! It consists of six new shades of “soft floral and tart, bright fruits for summer”.

our limited edition essie summer 2018 collection will have you making harmony – remember young, wild & me is the only way to be!

this summer let’s walk barefoot in a sunny daze and spread the good vibes all daisy long. with everyone making harmony, there is no doubt the fuchsia is bright. it’s the age of empower-mint. so this summer don’t forget, young, wild & me is the only way to be!

Here are the new shades:
END_OF_DOCUMENT_TOKEN_TO_BE_REPLACED 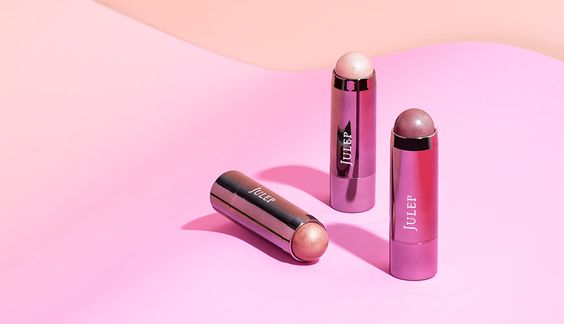 This month’s Nail Color shades are mostly brights in creme and shimmer finishes. Afton (described as a “modern camel creme” when it was released in last winter’s QVC box), April, and Sam are repromotes.

Go for contrast and full saturation with polish shades that sing of fruity drinks, blooming flowers, and life in full color. These punchy brights are sure to bring a smile.

Here are the eight polishes for May:

END_OF_DOCUMENT_TOKEN_TO_BE_REPLACED

Finally, I am digging some of these new shades! I have skipped my Maven boxes for the last few months because I haven’t been Julep’s new releases—apart from two polishes I just ordered, I’ve been Julep-free for a while. This month changes that!

Think cotton candy, mint ice cream, and confetti cake. The bright colors are half the fun. These new polish shades are the stuff of sugar-sweet dreams with shimmery and iridescent finishes as the icing on top.

This month’s collection is a little different in that it’s half repromotes! Granted, two of the repromoted shades, Maureen and Samma, were released in a 2017 QVC holiday set, so they weren’t really available to regular Julep Maven subscribers until now.

Here are the eight polishes for April:

END_OF_DOCUMENT_TOKEN_TO_BE_REPLACED

Julep’s January 2018 collection consists of six new and one repromoted shades. We also start a new 2018 Zodiac collection with a new shade for the sign of Capricorn (December 22–January 19).

Along with the Nail Color collection, Julep typically also releases some new makeup and/or skincare. This month’s new non-nail polish product is Boost Your Radiance Reparative Rosehip Seed Facial Oil (25 mL for $36 / $28.80 Maven). I’ve kind of gone off facial oils, personally—I don’t think my face likes them very much (clog city!) even if rosehip oil definitely brightens well for me—so this won’t be making it into my customizable Maven box this month.

The new nail colors are on the subtler side, a bit of a respite from the bling of the holidays!

These new polish shades are suitably chic with loads of wear-anywhere potential. Shifting seamlessly from a job interview to a celebratory night on the town, your nails can stay perfectly on point in all situations.